… at least some of you by now have realized I am a nerd.

For one thing! I love testing new themes for blogs. And home pages. I always have! I have been blogging since early 2007, and all the time I have enjoyed testing what I can do with the layout.

Of course, I have been criticized for that! “You can’t change like that! It must look the same all the time! People want to recognize it when they visit you. To ‘know again’!”

But there are others, who realize that this is a part of who I am, and are looking forward even, to what I might have accomplished this time.
New colours! AHHH!
New images! AHHH!
New theme! AHHHHH!

Now I fell for this temptation. It is called “Ladder”, a Premium theme and not new at all. It is a different kind of theme, I have never had anything like this before. I like it, but I also realize it can be a bit hard to read if the featured image is too messy. And it is a bit dark. Not wrong with dark, per se.

The only widget is set on a front page, and I don’t know yet if I want a front page or not. Can we do without widgets? Give me some time to test this! If I don’t like it, I will find something else in a while.

I actually feel quite relaxed, while pottering with themes and images and colours and such. Guess I have always been an “image-person”. Have done a lot of posters, leaflets and so on in a previous life (that is: before retirement). Have made colourful images of my photos, using layers et cetera. I love PIXLR as an editing tool.

I once during an education period, was called “colourful” by the teacher. I wonder where she got that from. I always wear black. Almost always.

Now I just sit here! I tried to take a walk, but it was too warm so I only went to the grocery and back. Came home with eggs and cherries, but forgot the chocolate. 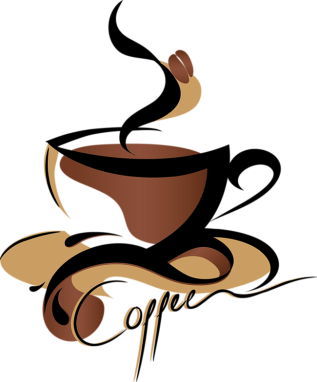 The balcony is now drenched in the sunshine so I have fled to the sofa. And the laptop. Later I will write for CampWriMo, but not quite yet.

Coffee now would be nice.