The part labeled “Mz Eliza Elderberry” that is. I wrote some other stuff for the NaNo as well, and all are counted for.  Can’t help wondering what Elaine would have said about my style and Grammar, and about the characters that pop up here.  HAHA!  😀 😀 😀

The first sentence popped into my head a couple of days ago, and I wrote it down so that I wouldn’t forget. The rest, my Muse (Albert. Remember?) inspired me to write, around lunchtime.

It is un-edited, except for the fact I hastily pushed it through Grammarly, the free version, so there might still be mistakes. Grammar-ish, or otherwise. But I don’t care. Not now anyway. Have to write something more this afternoon to continue the story. Where is Mz Eliza, and what will happen to her?

”I haven’t done much with my life,” Mz Eliza Elderberry said silently and looked rather devastated. Her cheeks flushed a little bit in the middle of the whiteness, her back was crumbled and she had bowed so deeply with her head, that the only thing she could see was the tip of her shoes. They needed a brush-up and some new black wax, she noticed.

She didn’t know the man standing in front of her now. The other one, had asked her what she had accomplished in life, and then suddenly he had to go home to attend to a sick child, and the one that was left to interview her, didn’t seem to be able to utter a word. After a time that felt like ages, he coughed and then cleared his throat.
”Hey… eh… Mz…?”
”Yes,” she whispered.
”Are you Mz Eliza Elderberry?”
”Yes.”
”Good! Then I am where I am supposed to be.” The man uttered something that Eliza thought might have been tiny laughter, but sounded more like a mouse’s squeak.
”I am Melek,” he continued, ”and the temporary gatekeeper.
Eliza nodded but said nothing. She was busy twining a small lace handkerchief between her fingers. Due to sweat and tears it was quite moist, and now her hands started to tremble as well.

”Where am I?” She managed to say. ”I was on my way to…”
”Oh, you almost died. Didn’t they tell you? Didn’t you meet your family? Your near and dears? They were supposed to meet you when you came out of the tunnel. Family always does that.”
”I never had a family.”
Melek looked surprised at the elderly woman in front of him. She was still staring at her shoes, and he was glad she did. He had had some trouble appearing fashionably enough, and since he didn’t want to frighten her, he had hesitated to say anything. But now he was properly dressed in his best amethyst colored robe. The blue-purple silk with its golden stripes shimmered and sparkled like a million stars.

”Well!” He coughed again and cleared his throat. ”We managed to save you in the last second… oh! You don’t remember anything at all?”
Mz Eliza Elderberry shook her head in a big No. As far as she knew, she knew nothing. She felt more as if she was a blank sheet than anything else. A very awkward feeling, indeed. And yet, at the same time, she knew there had been something. She just couldn’t put her finger on what it was.

”Oh, my God! What do we do now?” Melek cried out. ”We can’t send her back since it is too late, and she doesn’t remember anything at all of what has happened. Help me out here, for goodness sake!”
”Hmm… ” a dark but strong voice echoed around them. Mz Eliza startled, took a couple of steps backward to prevent her from falling, and for the first time she lifted her head enough to look around. Then she startled once more and closed her eyes shut.
The surroundings had looked as if been made of clouds, and in front of her, she had spotted a purple-shimmering angel… an Angel???

She gently opened her eyes again and peeked hesitantly at the being in front of her. It had wings. Large white wings. And they trembled slightly. She wasn’t sure if it was a man or a woman, and in her bewildered state, she closed her eyes shut again. Even harder than before.

She heard her heart beating fiercely, and a question reached her mind. How could she hear her heart beating if she was dead? No, she corrected herself immediately. She wasn’t dead! She had only almost died. Rapidly thoughts flushed through her, trying to remember what she had done lately and why she now was here, standing before someone who had told her she almost died, but they had managed to save her at the last second. But what had he meant by ”too late”?
She managed to pull herself together, took a deep breath – so she could breathe as well, she noticed – and then she opened her eyes again.

The purple-shimmering angel was still standing in front of her, with his arms saintly crossed over his chest and a huge smile all over his face. His eyes were glittering. If it even was a male, Eliza reminded herself, it could very well be a female, as far as she understood.
Beside him stood now another being. He, or she, had no wings and only a plain, white robe draped around the body down to the dark brown sandals.
”Oh,” Eliza sighed and looked at the clouds surrounding her feet. ”How can I stand on a cloud?” A knot pushed hard into her stomach, and for a brief moment, she was a bit lightheaded.

”There is no need to be afraid”, Melek said in a comforting voice. ”You are safe here. We just have to decide where to send you. God says we can’t send you back to where you were since your body is already burned and buried.”
The white one without wings bowed and smiled.
”And you can’t come in here since it was not meant that you should die yet”, Melek continued.
The white one bowed and smiled again.
”So we have to send you somewhere else, and give you a new body.”

Eliza didn’t know what to say. Everything was so confusing. Couldn’t she just be allowed to die? She was, after all, already here at the gateway to some kind of afterlife. She didn’t dare to use the word heaven even in her thoughts, that would seem rather blaspheme, she gathered.
”It’s okay for you to use the word heaven if you want to. God doesn’t mind! If that’s your belief, then believe it!”
Suddenly she understood that the silent one was God. It was breathtaking in more than one way, she felt her cheeks became all warm.
”Why doesn’t he talk himself?” she whispered to Melek.
”Because that would destroy your mind, to hear God’s voice straight out”, Melek whispered back.
God bowed even deeper and kept on smiling. Eliza began feeling more comfortable and rather enjoyed the situation.
”So where am I going, and can I have a young body? ”She whispered again.
”Don’t know where to yet, and – yes, you can. You will.” Melek too kept on whispering.
God smiled and bowed.

God looked at Melek, who then turned to Eliza and asked. ”Do you want to start over from the very beginning…”
”The very beginning?”
”Yes! As a newborn baby?”
Eliza, whose childhood hadn’t been exactly fun and filled with a loving family, immediately shook her head.
”Oh, no, NO! Please, not as a child again! Isn’t there any other option?!
”You can choose whatever you want, but may we come with a suggestion?”

Eliza looked at them, pondering the snippets of memories she now had begun to experience. ”Thank God,” she thought. ”that you have given me this opportunity to another life, a new life, a better one.”
”You’re welcome!” Melek said and Eliza froze for a moment. God bowed and smiled even brighter.
”Can you two hear my thoughts?”
”Of course!”
”Wow!” Then she kept silent for a long time.
Melek and God waited patiently.

”Will I remember this life?”
”Not unless you want to, but why should you?”
”No, I don’t want to. I never want to know anything about it, not even hear about it, or be reminded of it.”
”We can’t promise that. Free will, you know. You might actually want to know about earlier lives later on.”
”I don’t think so,” Eliza said in a rather snappish tone. ”I want to be a young woman, with potentials and talents, and I want a life the absolute opposite to the one I just had. With adventures and friends, with love and laughter, with…”
Melek and God bowed, smiled and then began to vanish. A dark, strong voice echoed and rolled against the cloud formations.
”And so it is.”

”Wait! I wasn’t finished! I want…”
She silenced herself when the clouds began to shift, became more and more like sand, and then suddenly she found herself standing in a vast desert. She was young, alright. She felt healthy and strong and she…
She was totally alone and had absolutely no idea how she got there or why. And nowhere she could see anything that looked like life. There was only one thing she knew and was sure of. Her name was Mz Eliza Elderberry. 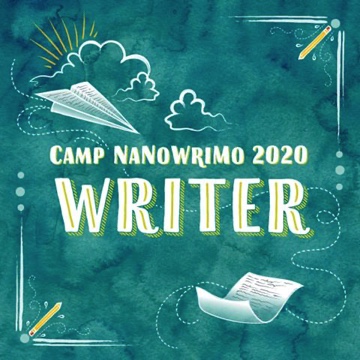